In the years since the program’s inception, hundreds of law students have received paid internship opportunities at law firms in the Capital Region. The Albany County Bar Association (ACBA) Diversity Internship Program commenced in September of 2000 in an effort to broaden the opportunities for minority law students to be exposed to practice in a private law firm setting.

Please contact your assigned career counselor with questions regarding this internship or for assistance in completing your application.

To Apply:  Please refer to the ACBA Fall 2018 Diversity Internship opportunity, Job Posting # 24596, found under the “Non-OCR Jobs” section of your AlbanyLaw Link account.  Upload all required materials and apply through AlbanyLaw Link by the deadline.  END_OF_DOCUMENT_TOKEN_TO_BE_REPLACED

A Message and request from third-year Albany Law student:
My name is Dena DeFazio, and I am the Northern Regional Chair of the National LGBT Bar Association’s Law Student Congress. I am reaching out to you with information on a National LGBT Bar campaign, that I hope you will support.  I thank you in advance for your support on the Commit 2 Inclusion Campaign.

“Commit 2 Inclusion” Campaign  (Please Join Albany Law School Community in signing up)”:
First, I’m writing to ask if you could circulate the National LGBT Bar Association’s “Commit 2 Inclusion” petition among your membership. This campaign recognizes that the rise of hate groups in our society and in our justice system is a direct threat to diversity and inclusion efforts and equality at large. Hate groups are defined by the FBI as those whose primary purpose is to promote animosity, hostility, and malice against persons of or with a race, religion, disability, sexual orientation, ethnicity, gender, or gender identity which differs from that of the group’s members or the organization. Our petition asks members of the legal education community to publicly acknowledge their commitment to the rule of law and the principles of the American Bar Association’s Resolution 113. That guiding Resolution urges all providers in the legal profession, including law firms and corporations, to attract and retain the talent of diverse attorneys.

THE PRBA SCHOLARSHIP FUND APPLICATION, to learn more about this scholarship for law students, visit:  www.prbasf.org

The Puerto Rican Bar Association Scholarship Fund, Inc. (“Scholarship Fund”) is now accepting applications for its annual scholarship. The Scholarship Fund was established to promote diversity within the legal profession by providing scholarships to students of Puerto Rican and Latino descent attending ABA-accredited law schools in New York State. Applicants must be enrolled during the 2017-2018 academic year.

Theodore Theopolis Jones, Jr. was the fourth African American appointed to serve on New York State’s highest court. He was nominated to the Court of Appeals by the then-newly elected Governor Eliot Spitzer in January 2007 and confirmed by the State Senate in February 2007. Sadly, Judge Jones’s time on the Court was cut short when he passed away unexpectedly on November 6, 2012 at the age of 68.   Learn more about Judge Jones:  http://www.nycourts.gov/history/legal-history-new-york/history-legal-bench-court-appeals.html?http://www.nycourts.gov/history/legal-history-new-york/luminaries-court-appeals/jones-theodore.html

Held on Saturday, April 8, 2017
No registration fee
(21 undergraduate students from the University at Albany will be competing)

NOTE: This posting has been extended twice – all past applicants from Albany Law School are still under consideration (per email from ALS alum David Rothenberg, Esq. on 3/22/17).

The National LGBT Bar Association is accepting submissions for the following awards & competitions. DUE DATE: Friday, April 21, 2017 at 5:00pm EST.

“Imelme Umana, 24 is the first African-American woman to lead a journal that has the largest reach of any law journal in the world.  The Harvard Law Review elected its first black man as president 27 years ago, that was former President Barack Obama.”

“Umana was chosen by the Harvard Law Review’s 92 student editors in what is widely considered the highest-ranked position that a student can have at the cut-throat law school.  The difficult election process required a thorough dissection of her work and application, and a 12-hour long deliberation of her portfolio.

The daughter of Nigerian immigrants, Umana grew up in Harrisburg, Pennsylvania. She’s a joint degree candidate at Harvard Law School and the Harvard Kennedy School of Government.   Last summer, she interned with the public defender’s office in the Bronx, and wants to serve as a public defender. “I didn’t realize [civics] could be so personal and so alive for a lot of the students,” Umana told the Harvard Crimson, the school’s newspaper. “It taught me sensitivity in teaching but it also taught me, like the public defender’s service, to not assume certain backgrounds, certain reactions, certain lived experiences.”  Her tenure begins next school year.” 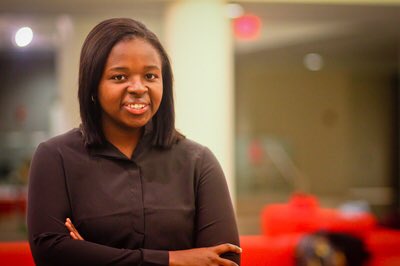 You are invited to the annual Janice D. and Theodore H. Fossieck Lecture. This event will take place from 1:45 to 3:00 p.m. on Wednesday, February 15th in the Standish Room of the Science Library on University at Albany’s Uptown Campus. There is a Free bus service to UA’s campus from Albany Law School.  A map of the UAlbany campus is available here: http://www.albany.edu/maps/uptownmap.html

This year’s speaker is Andrew Lipman, Assistant Professor of History at Barnard College. He is the author of, The Saltwater Frontier: Indians and the Contest for the American Coast, winner of the Bancroft Prize in American History, finalist for the New England Society Book Award, and honorable mention for the PROSE Award in U.S. History.

This event is FREE and open to the public – this event is wheelchair accessible, for other accommodation or if you have any questions, please contact Christopher Pastore, cpastore@albany.edu.

The City of Albany invites you to celebrate Black History Month:
This event is FREE of charge and open to the public.
http://newstimealbany.com/2017/01/celebrate-black-history-month-with-nell-stokes-on-tuesday-february-7-2017/

Nell Stokes is a native of Montgomery Alabama who moved to the Capital District in 1963. She has consistently contributed to the Albany community by serving on numerous boards and working as a volunteer. She is a co-founder of the Black Women’s Association of Albany and currently volunteers with the Wizard’s Wardrobe tutoring program. While employed by the Albany YWCA in 1980, she created the Black American Essay Contest for students ages 8 to 18. Nell has written, directed and produced several plays with themes around education, faith, hope and love. She is a poet who credits her inspiration to the indwelling of the Holy Spirit.